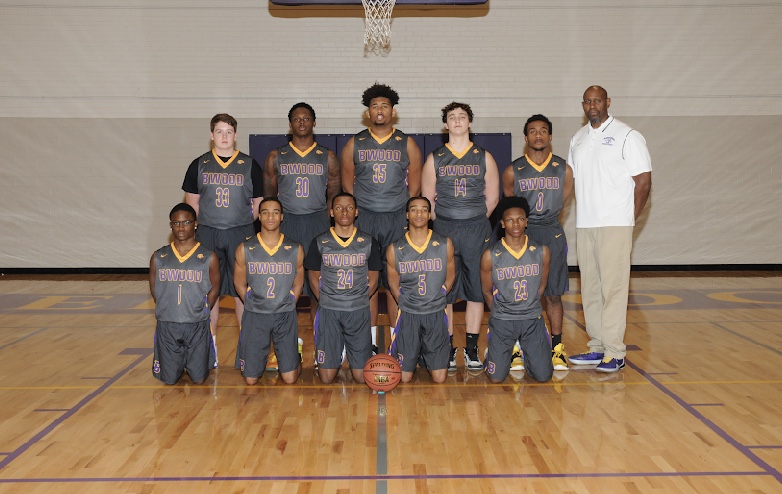 The entire 2019-2020 Varsity Basketball Team comes together to take an amazing picture for their school!

The varsity Brentwood Boys’ Basketball Team made it all the way to regionals Wednesday, March 4th at Jackson Senior High School. Sadly, they lost to Oran High School, 59-57. Despite the loss, the varsity team, made up of mostly seniors, played to the best of their abilities and kept cool under pressure. “It’s amazing how calm they were, between the calls the refs made and the fact that Oran held the ball for like 3 minutes,” says freshman, Jazzy Herrera.

Former basketball coach and current Brentwood principal, Dr. Edward Johnson, had a few words of encouragement for the team: “It was an unbelievable game for our Brentwood High School Boys’ Basketball team. Although the scoreboard indicated that we lost by two, I felt like with the way that our boys played and handled the game throughout the course of the game, we left with the feeling of victory.”

Freshman Ian Thorton says, “It was very exciting being part of this team and I’m excited to come back next season.” Being one of two freshmen on the varsity team, Thorton had to work equally as hard as his teammates to get the score as close as it was.

Some of basketball’s biggest supporters drove two hours just to cheer on their favorite team, including the BHS Spirit Squad. In the stands full of the rival’s blue, there was a small patch of purple and gold students, parents, and faculty members cheering on their team. “It was great to see some people from school up in the stands cheering us on,” said senior Jordan Mitchell. Keeping the boys positive and encouraged is very important and that’s exactly what they did. Using cheers chanted by the Brentwood cheerleaders, the Spirit Squad kept the team hyped and pumped up.

“I think last night, there is no aspect to anything that our students, our parents, or our team did that was a loss, everything was a victory. I felt the sportsmanship was great, they played great as a team, and we supported them fantastically. Everything that they did was winning and that’s what high school sports are about. They can hold their heads as high as possible because I’m so proud,” says Assistant Principal, Dr. Stephen Ayotte, who rode to the game alongside Dr. Johnson.

It was a great season of the Eagles and everyone’s already excited to see what comes next.