Data and Deception: Why campus safety matters and how we’re being misled 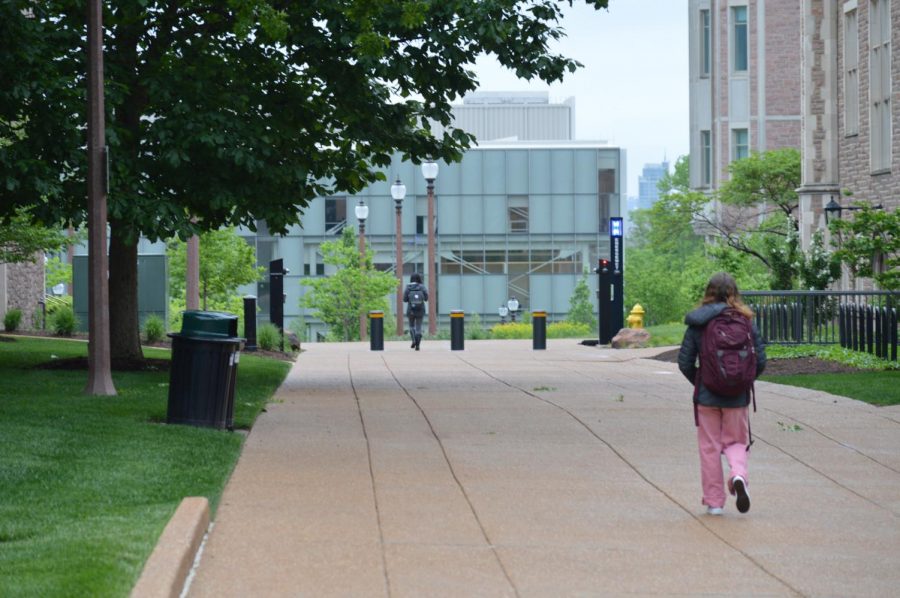 In 1986, Jeanne Clery applied and was admitted to Lehigh University; she was painfully naive of the culture of sexual assault found on its storied campus. During that same year, a classmate of Clery’s raped and murdered her, brutally ending a life hardly lived. Many believed that crime rates on the school’s campus had gone vastly underreported, and students were provided with little to no information that could help them to avoid traumatic or even lethal events.

Jeanne’s parents, still grieving, began to advocate so that the information they believed could have saved her life would be available to all students. Their work culminated in the 1990 federal statute known as the Clery Act, which requires all institutions of higher education that receive title IX federal financial aid funding to report specific crime data from their campuses and to make it available to the public.

In addition to raising awareness and decreasing the prevalence of sexual violence and crime on college campuses, the goal of the Clery Act, a statute that has been in place now for more than 30 years, is to provide students with accurate crime data, so they may make their own educated decisions of where to pursue a degree.
While The Clery Act represented a huge advancement for student safety and access to information, has it truly made a difference?
From the rankings of the Princeton Review to the campus amenities that every university representative wins students over on, everybody is selling something. Scrolling through the front pages of university websites, you’ll find all sorts of shiny bells and whistles — from dining halls that look straight out of Hogwarts to training facilities fit for the NFL.
But where is the information on campus safety? Where is the reported information that the Clery family worked so hard to make part of the public record at every college and university?
If your safety is in jeopardy and one horrible event could upend what is supposed to be the beginning of your adult life, the number of turf fields and dining options do not matter. They didn’t for Jeanne, and if colleges continue to fail their students, they might not matter for you either.

As mentioned, under the Clery Act, universities must provide campus crime statistics as accessible public records. Yet, whether you’re giving a university a cursory google search or attempting to do a deep dive into its title IX records, sexual assault and general crime statistics can be exceedingly hard to find. And if and when you do, not every school makes them easy to understand when found. If you even think to search for this information in the first place, it is likely buried fairly deep within a school’s website.

Open any school’s website and see how long it takes you to find any information relating to the amount of sexual violence found on the campus. From my anecdotal experience, almost every school’s campus crime data is found more than thirty pages into a much longer pdf file that splits data up between each of the school’s campuses and only makes available data from the past three years.

Your natural response to this may be, “well, of course, they wouldn’t want to advertise that kind of information.” But that thinking is exactly why initiatives like the Clery Act have failed to reduce the prevalence of campus crime and sexual assault.

While this obfuscation isn’t unique to any one state, city or school, many of my peers and I are Missouri residents and considering Missouri colleges, so for the sake of this research, it is important to narrow my focus to Missouri schools’ history of reporting.

Take the University of Missouri-Columbia (Mizzou) for example. It places its data for campus sexual assaults on page 47 of a 213 page “Fire Safety and Security Report,” which can be conveniently found at the very bottom of the school’s “University Police” page.

Washington University makes its data even harder to find as it is located in a long list under the “health and safety policies,” which in itself is only a sub-page of the larger “Compliance and Policies Page.” Once you navigate through that page to find the homepage of the WashU police, the actual pdf that contains the information is under the section listed as “Annual Fire Safety.”

Under the Clery Act, fires are included with the reports of sexual violence and other crimes, meaning that it is easy for schools to conveniently label their reports as something like “Fire Safety and Security Report,” not calling attention to the fact that other forms of crime such as rape and sexual assault are much more prevalent than on-campus arson. Students living on their own for the first time have a right to this knowledge so they can make the safest decisions for themselves.

When Therese Malinowski was a senior in high school living in Illinois, she saw this same lack of consistency and cohesion within reports of sexual assault on college campuses in her state and quickly came to the same conclusion I did. To rectify this, she and a group of friends from her high school created a database now known as Project Dandelion. The database is one of the only examples of easily accessible and comparable data for sexual assault and rape on campuses, and in its current form, it only includes schools within the state of Illinois. To think that high school students created Project Dandelion is inspiring, yet also  disheartening that they had to take matters into their own hands to better understand sexual assault and rape on college campuses because no one else was.

However, before we can begin to reckon with universities’ failure at transparency when it comes to reporting sexual violence and crime on their campuses, we would be remiss not to first recognize the accuracy or lack thereof of sexual assault in the first place. Reports of sexual assault, especially on college campuses, will never be entirely accurate. The stigma surrounding sexual assault and domestic violence plus law enforcement systems in place often encourage silence and underreporting. According to the Department of Justice, only around 20% of sexual assaults completed or attempted on female college-age students actually go reported.

Additionally, predominantly white institutions (PWI’s) tend to provide services and initiatives that center on heterosexual, white students. For example, in an interview, Kiessence Basset, a sophomore at Mizzou, said, “There are so many non-reported incidents because Black people and queer folks on this campus have very few people that look like us and very little support.”

If safety is a mission of college campuses, then striving for the most accurate reporting should be a very public goal of every university in the state and across the country. Fostering a safe and inclusive environment where students feel comfortable reporting assault and seeking assistance is only the first step in preventing future sexual assaults, and so many universities are failing to even achieve that.

Change will take a cohesive effort to make this information as accessible as possible, and that cohesion likely won’t happen without some form of outside reporting.
So what does that kind of initiative look like, and which schools are working the hardest?
Both Mizzou and St. Louis University (SLU) have highly publicized poor track records for sexual assault on their campuses, but the hard data is missing and grants students an incomplete picture of the problem. Schools like these are just examples, a drop in the bucket, of the much larger pattern that appears in nearly every school, in every city, and in every state across the country. SLU freshman Liv Riek said, “We have to do required sexual harassment courses for SLU that take up a lot of time but are very informational. So I do think they do a lot of preventive measures.”

While courses like these are beneficial, this key information is only provided to students after they are enrolled. Not to mention that mini courses on sexual harassment prevention is far from tangible sexual assault prevention. Students have signed away their semester’s tuition and enrolled in classes before they are provided with the minimum information to protect themselves, and so they aren’t given the chance to make that decision with the full scope of their schools situation.

Basset had a similar experience at Mizzou. She said, “When I entered Mizzou, we had to do a series of ‘mini courses’ that are supposed to be lessons about drinking, drugs, and sexual violence. While I believe this is a good initiative, it can be abused. It’s not very indicative on whether people really understand the material and will put it into practice or not.” Recent reports such as one conducted by the University of Missouri-Columbia have shown that students have become more educated on the topic of sexual assault, but overall rates have stayed stagnant in schools like Mizzou.

Many people fail to realize that the majority of rape and sexual violence is not perpetrated by masked strangers, but familiar faces and intimate partners, and education only goes so far if the perpetrators are never punished. The Biden administration has only begun to undo the work of former Secretary of Education Betsy DeVos, whose policies concerning title IX proceedings made it not only harder for victims to report sexual assault, but they give much more power to the accused perpetrators. And it is likely that removing the Trump-era changes to title IX will not happen easily or quickly due to resistance in Federal courts.
In short, this massive problem facing every campus in the country won’t be solved by one bill or one initiative nor can they wait for that bill or initiative to “solve” anything. Rather, like every challenge of this scale, it will be solved by many small solutions. Streamlining reporting and access to data is a necessary and viable step for every school in the country.
Making this crucial data available and understandable to everyone is a change that is well within the power of colleges and universities. In fact, if universities were actually upholding the Clery Act as it was intended and making their data easily accessible and understandable rather than hidden and confusing, there wouldn’t even need to be new measures put in place in regards to transparency.

However, this is just one factor that could bring drastic improvements. As Malinowski said, “I also think we need stricter punishment for sexual assault offenses because as it stands right now, offenders can get away with minimal repercussions if any, which causes an understanding that sexual assault is an excusable offense.”

This is a prevalent issue in almost every school; Washington University Sophomore Caitlin Souers said, “Many sexual offenders also just get slaps on the wrist if they’re reported. Offenders involved with Greek life seldom even lose their place in that organization, much less their place in university.”

Improving reporting policies will only be the first step in decreasing rates of rape and sexual assault and will only be successful if these other factors change too.

All of the work that they put into making data accessible is useless if nobody knows it’s there and can’t understand it if they do. It will not be easy, and it will not happen quickly, but stagnation and silence will only bring crisis to more young students.

As Jeanne Clery’s parent said, “The best education in the world is useless if a student doesn’t survive with a healthy mind and body.”