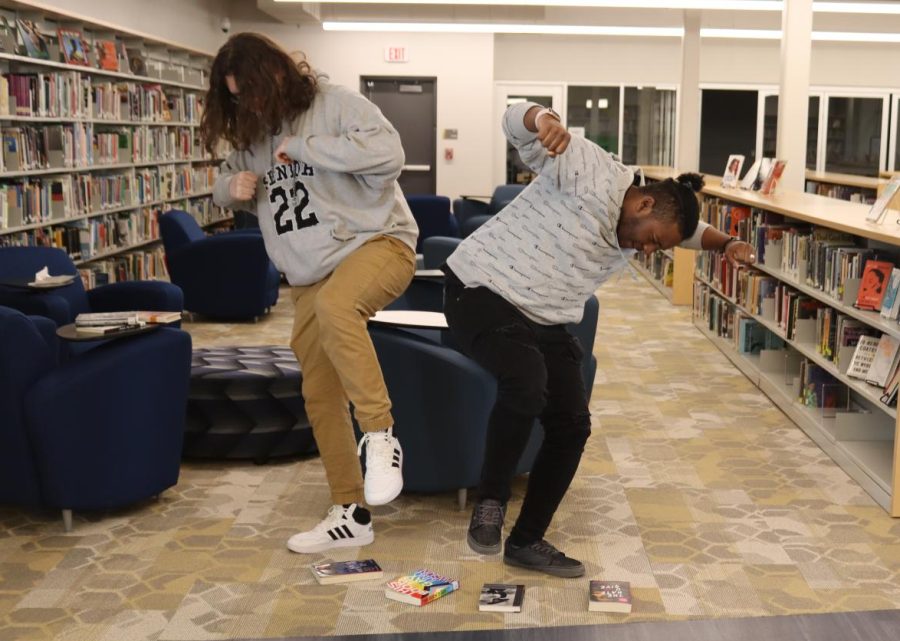 Angered constituents stamp out diverse literature in a public school library (in jest).

What is more radical? Banning books or The Bluest Eye?

“I am a teacher and concerned parent in the Ladue School District located near St. Louis, MO. There has been an accelerated push toward CRT (Critical Race Theory) in my district in the past couple of years. The district calls it “DEI” (Diversity Equity and Inclusion), but it’s CRT covered in a nicely worded sheet,” read a post from an anonymous Ladue School District parent left on the website No Left Turn in Education.

This anonymous complaint was posted on No Left Turn’s digital platform, where parents can report incidents in their public schools where they feel that their school’s curriculum is “tainted with historical revisionism, political correctness, and the outright rejection of values which have long been at the core of the American experience,” as described by the website’s founder Elena Fishbein.

In the words of No Left Turn’s mission statement, the site is trying, “To revive in American education the fundamental discipline of objective thinking by educating, empowering, and engaging students, parents, and community, emphasizing the role of the parent as the primary custodian and authority of their child.” And by doing so, they are working to create their vision which they defined as: “A future education where appreciation of American founding principles is fostered, family values are preserved, and every individual can pursue truth, virtue, beauty, and excellence.”

No Left Turn is not alone in its mission.

Numerous national organizations such as Moms for Liberty and Parents Defending Education are also working to create a central movement aimed at removing any literature from classroom curriculum and school libraries that they feel is being used to spread “radical ideologies” (i.e., race and gender equality) to their children.

While these groups clearly state their missions which involve wanting their children to learn how to think objectively (as illustrated in No Left Turn’s mission statement), they also want to control what their kids learn so that their family values are upheld in the public school classroom instead of what they are referring to as “progressive indoctrination.”

The two ideals – fostering objectivity while still holding control of curriculum – create what seems to be an illogical dichotomy. So what does a national movement like this look like?

Nationally, this movement looks like a whole lot of attempts to ban books from public school classrooms and school libraries. According to data from the American Libraries Association, there were 330 nation-wide book challenges in fall of 2021 alone. This fixation on school literature is also finding a home right here in St. Louis.

In January of 2022, Wentzville School District gained some of that national attention for successfully banning Toni Morisson’s The Bluest Eye for obscenity. While the decision has since been rescinded after significant national media attention, the region has continued to see other such efforts in recent weeks. In the Rockwood, Francis Howell, and Lindbergh school districts, efforts to ban multiple books relating to LGBTQIA+ identities were shot down. But in this case, it’s the exception that proves the rule.

A representative from the St. Louis Chapter of Moms for Liberty, Tricia Lavin, outlined the group’s justification for pursuing the removal of works like The Bluest Eye from school libraries. “We would like to remove books from schools that we believe to be harmful to children, their development, and their psyche.”

On that statement alone, it’s safe to say that no one would disagree with Lavin. No parent, teacher, or member of the school board wants children to read books that do them harm. The nuance lies in what constitutes “harm” and who gets to decide.

In the libraries of public schools, books have been vetted by trained librarians hired by the school board. In the curriculum of English classes, the teachers have worked to create board-approved materials. Often it seems that the books these groups are trying to ban haven’t even been read nor researched.

For example, in a Houston elementary school, the graphic novel The Breakaways was banned for being “not age-appropriate” because of its “sexual content.” Upon closer inspection, though, the book was written with a target audience of 3rd-8th graders, and the sexual content in question involved two teenagers kissing, leading those opposed to the ban to question the double standard at play: No books featuring only heterosexual characters and kissing were called into question, while books with one or more characters who fall into the LGBTQIA+ and kissing are deemed too sexual.

Similarly, in the Elmbrook school district in Wisconsin, two books (This Book is Gay and Queer) that are focused on LGBTQIA+ topics were banned after the conservative news outlet, The Daily Wire, falsely claimed that students as young as eight years old had access to “sexual content.”  Regardless of the false claim of who had access to the books, the content in question is far from pornographic.

Although groups opposed to these books have decided to market them as dangerous, they are, in fact, highly educational and provide students with access to extensive information they may not get in school curriculum.

In books like This Book is Gay, the sexually explicit content is medically accurate sexual health information that is often left out of the public school health curriculum. According to GLSEN (Gay, Lesbian & Straight Education Network), an organization that collects data on the country’s LGBTQ+ youth found, in 2019, “Only 8.2% of students reported receiving LGBTQ-inclusive sex education.”

When further explaining the St. Louis Chapter of Moms for Liberty’s aims, Lavin said, “The material we are wanting removed often begins pornography addiction which leads to horrible experiences and situations such as pedophilia.” Lavin backed this statement up with a link to an article from Psychology Today about the effects of exposure to sexual content at a young age. The article makes the claim that exposure to sexual content at an early age increases the likelihood of underage sex, pornography addiction, and sexual violence or abuse. It specifically focuses on exposure to visual content, such as movies, tv, and the internet, and never discusses exposure to books with sexually explicit material. Psychology Today is widely known as a non-peer-reviewed blog that has a strong political bias.

The dubious nature of the article notwithstanding, it begs the question: Where should parents be putting their focus, school libraries, or their child’s access to the internet?

So if the content being featured in these challenges is not posing a threat to children, and children are exposed to digital content much more than literary, why are parents trying to ban these books?

Through the entire process of banning contested books, the American Libraries Association has noticed a common thread. On its website, the association noted that, “a high percentage of the (challenged) titles fell into the category of diverse content.”

In short, books that are seeing pushback and challenges are typically the stories that feature main characters who are LGBTQIA+, people of color, disabled, or are of a cultural minority.

On many websites that publish lists of banned books, the reasons for the bans or challenges are highlighted as well as the titles. These justifications for the bans typically include keywords such as LGBTQIA+ content, conflicting religious viewpoints, and anti-police messages.

The ALA also found that “attempts to remove books by authors of color and books with themes about issues concerning communities of color are disproportionately challenged and banned.” So not only are books being banned and challenged for telling stories of diverse cultures but also for letting authors of minority groups share their stories.”

This hesitancy to promote diverse and inclusive content is what has driven groups of parents to seek to remove the literature all together. And when one faction of parents becomes the deciding voice in the content available in public schools, the democratic process of school board elections loses its value. The amount of parental control pushed by organizations like No Left Turn and Moms for Liberty sets a precedent for biased decision making, one that encourages subjective feelings as the reason behind decisions rather than fact.

By definition, to “think objectively” means you are not influenced by personal feelings or opinions in considering and representing facts. While “to indoctrinate,” the ubiquitous word of choice these groups use to describe what public schools are doing to their children, means: to teach (a person or group) to accept a set of beliefs uncritically.

Yet, by removing diverse literature from public school curriculum, it seems as if these groups are forcing large communities of children to accept their set of “family values.” Is this not in and of itself indoctrination, the thing these groups claim to be so opposed to?

If exposure to these inclusive topics is so daunting to these parents, then there are ways to avoid the diverse curriculum without censoring it from the hands of the general public.

Private school has long been a welcome alternative for parents who want their children taught religion in school despite the U.S. ‘s separation of church and state. Logically, it makes sense for parents involved in these curriculum wars to also make the switch to homeschooling or private.

However, even sheltering children at private schools with acceptable curriculums or even at public schools that somehow have banned every book that doesn’t uphold these parents’ family values, they must know that these safeguards won’t work. Because we all know: what we’re told we can’t have, we want. Or, as author Stephen King likes to say, “What I tell kids is, Don’t get mad, get even. Don’t spend time waving signs or carrying petitions around the neighborhood. Instead, run, don’t walk, to the nearest nonschool library or to the local bookstore and get whatever it was that they banned. Read whatever they’re trying to keep out of your eyes and your brain, because that’s exactly what you need to know.” 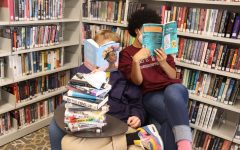 Are school boards the next political battleground? 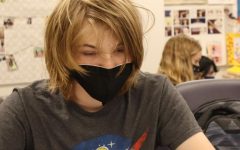 Who's got the power? It turns out, the school boards do