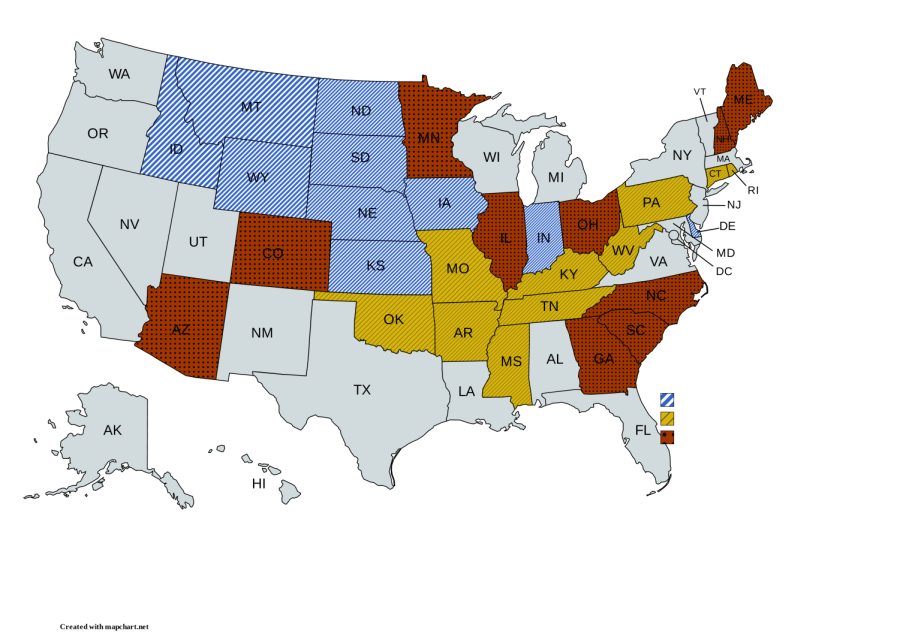 A Nest Countdown: Most to Least Boring States (Part 3)

With the beginning of part three, we’ve gotten into mid-tier states. These are good states but not good enough to be ranked lower given the competition, so they might skew more boring than they actually are because I had to put them somewhere. Overall, the rankings will probably seem weird and vibes-based, but in my defense, there are too many states in this country for all to get a fair shake.

Minnesota is a rather interesting place, no doubt, as are most of the states bordering the Great Lakes, but it isn’t interesting enough to me to get further down this list. The main things that stand out about Minnesota are often shared with its Great Lakes neighbors, so it gets the number 21 most interesting spot.

While North Carolina is more tolerable politically than many Southern states and has quite an interesting history in the civil war, overall, North Carolina seems to be a slightly blander Carolina. However, that may be because I’ve never actually been there like Minnesota.

South Carolina, keeping with the trend set by the Dakotas, gets a slightly better ranking than its northern counterpart. Why? I don’t know, really. Just a gut feeling, I suppose.

Of all the states, Georgia may be one of the most average, at least to me. It’s slightly more interesting than the Carolinas, but I don’t have anything funny to say about it.

I know there are some people who might disagree with this ranking, but I have to say that of the four rectangular states between Texas and California, Arizona is sadly the most boring. Now, that’s not to say Arizona isn’t impressive or beautiful because it certainly is. I just don’t feel like it’s enough to give Arizona a better spot based on the Grand Canyon and Flagstaff, the two places I’ve actually been in the state alone.

Most of my family is from Illinois, so I tend to make the six-hour trip from St. Louis to Chicago 3 to 4 times a year at minimum, and there’s a very real difference between Chicago and the rest of the state, which looks much more like rural Missouri. It’s still the Corn Belt, after all. While I’m biased as heck, because of my relatives, I feel the Chicago area more than makes up for any blandness in the rest of the state, getting Illinois into 26th most boring.

While Colorado shares some of the same mountains and valleys as Arizona, it gets a bit higher up because of my experience traveling by car to those mountains and watching the transition from Kansas-style plains to mountains. However I’m not going to give Colorado too good a spot because the thin mountain air made it hard to breathe, and I take that personally.

Maine is a strange state. There’s a lot of history there, to the point that it feels eerie sometimes. Combine the ancient buildings with the churn of the Atlantic and the remoteness of just about everything, and you start to understand why Steven King is so enamored with the place.

New Hampshire has a similar climate and environment to Maine, but, at least when I was there, lacked the isolation and creeping dread. It’s also a bit more lively than Maine and more connected to neighboring states.