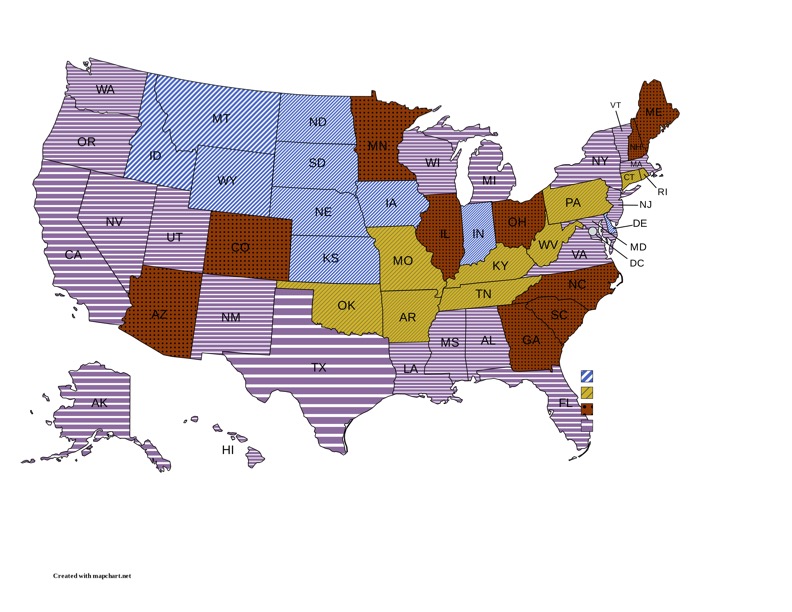 A Nest Countdown: Most to Least Boring States (Part 4 & 5)

When I first started this project, over a month ago, I assumed ranking all 50 states would be easy. “How many contenders could there really be?” I asked myself. I thought that all I had to do was slap the coastal states at the end and sort out the remaining states into degrees of blandness, but that’s not what happened. I was hoping to make this a quick dive into some #relatable content, a spiritual successor to Art-ish. Instead, it’s been an odyssey. Thanks for sticking around to the end. 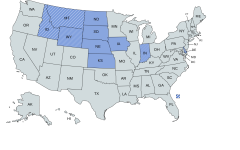 A Nest Countdown: Most to Least Boring States (Part 1) 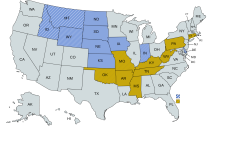 A Nest Countdown: Most to Least Boring States (Part 2) 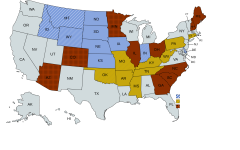 A Nest Countdown: Most to Least Boring States (Part 3)

You most often hear Michigan associated with Detroit, and I can understand why. Detroit is, after all, a major city that’s been having issues for a while now. Detroit isn’t unique, the same thing happened to many cities in the Rust Belt. That’s depressing, but there’s more to Michigan than just decay. There is, for example, the Upper Peninsula, which might be home to more bears than people, I don’t know for sure.

Alabama gets this spot because I’ve been there more than other places in the Deep South, and while a lot of it is what you think of when you think “the Southeast”, there are places that break from the trend of heat, humidity, and Bojangles in pleasantly surprising ways. 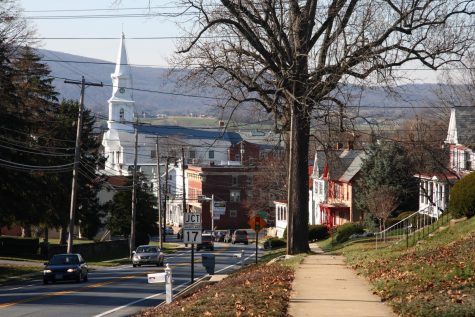 Maryland is yet another state I’ve only been to briefly, during my ongoing quest to see every airport in the continental United States at least once. While it was raining, and I had to run to catch a connecting flight, I’m not going to be vengeful. Maryland gets this spot because of the blue crab.

I’ve never been to New Mexico, but I’ve heard it’s pretty neat. Sadly, New Mexico has been wildfire prone ever since the aliens took revenge for Roswell.

Vermont has a lot going for it. For instance, it is one of only a few states to have been a fully independent country before being swallowed by the United States-alongside Texas, Hawai’i, technically Oregon, and sort-of Florida. That’s interesting enough on its own to get it up here to part four of the rankings. 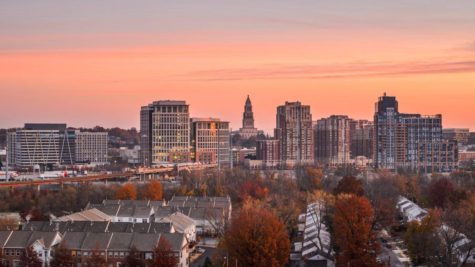 Like New Mexico, I don’t have much to say about Virginia. It seems alright, from what I’ve heard. Part of the difficulty of this ranking is that I didn’t really anticipate what ranking every single state in a satisfying way and providing something funny or interesting to say myself would involve, and I don’t have strong feelings about Virginia. 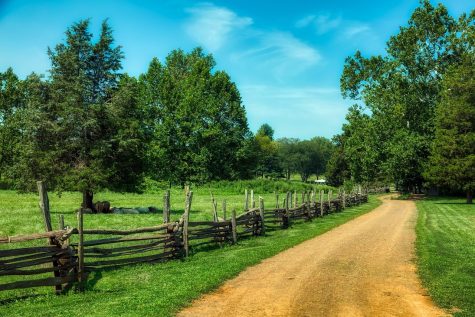 Where would we be as a country if we didn’t have New Jersey? According to World Population Review, New Jersey ranks behind Texas and California as one of the most-hated states in the nation, and I personally don’t get it. It states that the state’s residents are seen as loud, outspoken, and brash, while the state itself is seen as overpriced and full of traffic.

Now, if you’ll let me get on my soapbox, is that not all of us? How do you think we look to Canadians or to the EU? Are we not just a continent spanning New Jersey that styles itself the world police? We see in New Jersey what we are most ashamed of in ourselves, and were it not for New Jersey I don’t know what we would do.

Utah feels like it’s in a weird spot these days. I’ve heard it’s an overwhelmingly conservative state, and the Mormons are headquartered there, and it’s one of those states where you have to go to a state dispensary because they never quite got over prohibition. On the other hand, the last time I was in Salt Lake City I saw pride flags just a couple blocks away from the local temple, which was great to see but a bit confusing to me. 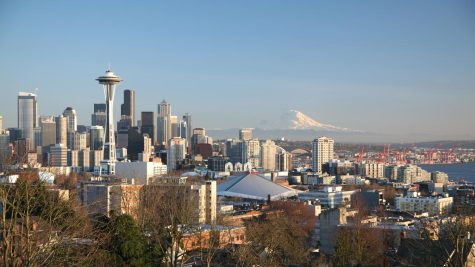 Washington seems pretty nice. They’ve got that big sky needle in Seattle, after all. At the risk of sounding like a broken record, I just don’t have much to say about Washington, but the state seems cool from afar. 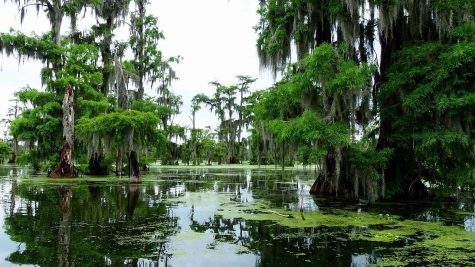 A funny thing about Louisiana’s ranking is that I hardly put any thought into it. I just thought “New Orleans is neat” and gave it the 40th most boring spot. But the thing is, I’ve never been to New Orleans, nor have I been to Louisiana at all. After reconsidering, I decided to keep it here, but take this decision with a couple hundred grains of salt.

Everything’s bigger in Texas, or so the saying goes, and that certainly holds to me. Texas is impossible to ignore no matter how you look at this country, rivaled only by California. But in my half-baked opinion, Texas doesn’t have the same wow-factor California does. Nor can it compete with Florida for sheer manic energy. However, I do have to give Texas credit for having cornered the market in nightmare-inducing headlines.

Oh New York, what is it about you? You’re big, you’re loud, you’re tough. New York City endears me, as I imagine it endears many people, but New York as a state is kind of kneecapped by NYC in that it’s the only thing that comes to mind-well, NYC and its immediate environment. Most people don’t really think about towns like Albany or Buffalo outside New York proper. Although, to be fair, there is also Niagara Falls.

Unlike many of the states here in the top 10, Wisconsin is not a coastal state, nor is it particularly active, but it is a lovely state, and I’ve got personal reasons for putting it here.

Massachusetts has a similar problem to many of the other New England states in that it isn’t terribly big. However, it gets ranked above New York despite New York’s larger size because of Boston, which I’ve actually been to and really enjoyed.

Oregon is an all-around gorgeous state with a wide variety of people and landscapes, from dense cities like Portland to areas that seem to have only the most tenuous of links to the rest of civilization. I swear I had never seen so many trees in my life before I went on a college tour, and it was haunting.

Alaska is the northernmost state, the largest state, and one of the few states you can often see the northern lights in. While Alaska has changed since its time under the Russian Empire, it seems to have never shaken that “last frontier” aesthetic, with an average population density of just 1.3 people per square mile. There’s a lot of space up there in what could be called America’s attic.

California has the same variety of experiences that Oregon does, and perhaps even more because California has the advantage of having swallowed 3/4ths of the American west coast like some geographical snake. These range from temperate rainforest to desert to seashore to a town so known for its garlic crop the air stinks of garlic. Pretty cool.

Hawaii is a very interesting state for a lot of reasons. There is, of course, the landscape-coral reefs, tropical rainforests, volcanoes that constantly leak molten rock –but there are also other reasons Hawaii is interesting that I’m less qualified to talk about, like the survival of Hawaiian culture through American colonization.

Finally, there’s Nevada. Now Nevada isn’t my favorite state, nor is it one I’ve been to more than once, but that’s not the question I set out to answer. Nevada wins the award for most interesting because the state’s existence is a challenge to whatever god and/or goddess is watching. We went out to what was naturally inhospitable desert, and we built a city there and made that city a monument to human hubris.

And then we dropped several nuclear bombs on the state.